Predecessors and the Times of the First Republic

The roots of the Pilsen Philharmonic predecessors reach back to the 19th century. In 1865, there were first attempts to found the first stable symphony orchestra in Pilsen. But not earlier than in 1882, when thanks to the initiative of Hynek Palla, the Pilsen Philharmonic Club was founded and an orchestra of a more stable ground comprising about 46 musicians was brought to life. The City of Pilsen due to the number of citizens as well as level of culture advancement could not suffice to run such a large orchestral body and therefore in 1896 the Philharmonic Club came to an end.

At the end of 1919, a permanent symphony orchestra was founded on the grounds of the Music division under the name Symphony Orchestra of the Public Education Society which presented itself in front of the public by its first concert in the Burghers‘ Hall on 17 March 1920. In 1934 the name of the ensemble changed to the Pilsen Philharmonic.  At that time, the ensemble had 70 members both professionals and amateurs and gave 5 to 8 concerts in Pilsen every year (e.g. straight after the Pilsen Liberation in May 1945 they arranged a ceremonial concert introducing the Smetana´s My Country). The orchestra existed (in the following years under the name of Orchestral and Vocal Association of West-Bohemian Teachers) until the late 1960s and then it came to an end. 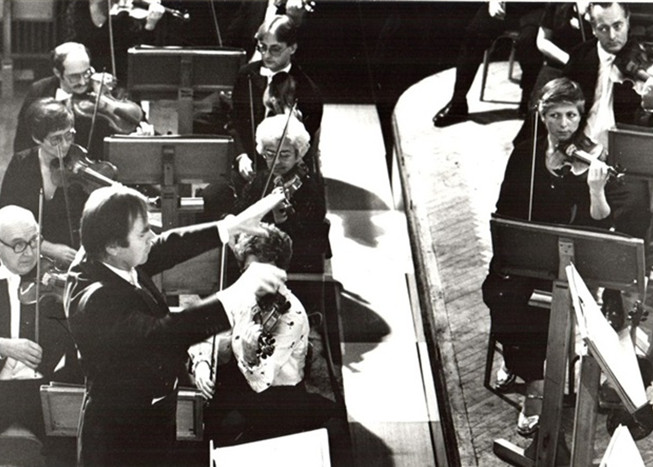 Within a year after founding the Pilsen Radio, in 1946, a 32-member orchestra was founded from the initiative of Dr Antonín Špelda. The body was called the Pilsen Radio Orchestra. The orchestra rehearsed on a daily basis and was broadcasting live. As early as 16 April of the same year, the ensemble presented its first public concert, with Antonín Dvořák and Vítězslav Novák compositions, under the baton of its first conductor Gabriel Vágner.

During era of his successor, a young conductor Josef Hrnčíř, the ensemble was enlarged, which meant also increasing the selection of the repertoire. In autumn 1951, the well experienced Antonín Devátý became the chief conductor. In the new radio building, the orchestra production was already recorded on the audio tape; public performances became regular due to subscription introduction and the concert activities spread to various towns and cities of West and South Bohemia. At that time, the orchestra started giving educational concerts for the youth, and with some breaks and modifications the ensemble has continued doing this activity until now. 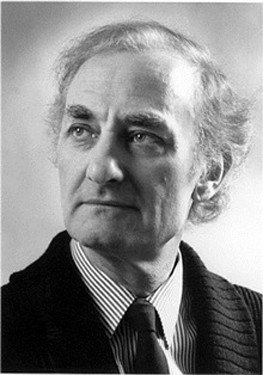 In 1958, Josef Blacký started his carrier as a second conductor. He became the longest performing conductor of the ensemble and he worked there until 1980. When A. Devátý retired (1963), Martin Turnovský became the chief conductor. The four years of his era was the “golden age” of the Pilsen Radio Orchestra history. While keeping the utmost activities of the orchestra, he increased the artistic level to the state that the ensemble was regarded equal to the Czech Radio Symphony Orchestra in Prague. The dramaturgy of the large body was topped up with Baroque, Classicist and contemporary music recordings responding to a lesser orchestra. There were exclusive recordings of the old masters (Jana Křtitel Neruda, Antonína and Pavel Vranickýs, Karel Kohout, Giovanni Paisiell, Florian Leopold Gassmann and others.) and also premiers of contemporary composers (Jaromír Bažant, Karel Pexidr, Jiří Teml, Jaroslav Krček, Otomar Kvěch, Václav Trojan and others.) Turnovský´s concerts were of a high standard, too. In his times the orchestra often cooperated with Ivan Moravec, the violoncellist André Navarra, the trumpet player Adolf Scherbaum, or Antonín Kubálek and Věra Soukupová. Libor Pešek guested as a conductor with the orchestra as well. 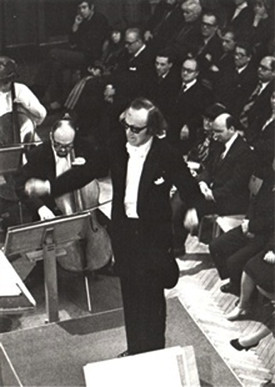 After leaving of M. Turnovský, the stable orchestra was lucky again, because in early 1968 Bohumír Liška became the chief conductor . He had been leading the Pilsen Opera for long twelve years at that time. During his orchestral period, the ensemble presented grand vocal-symphonic works such as Ivan the Terrible by Prokofiev, Janáček´s Glagolitic Mass or Verdi´s Requiem and others.

In spring 1968, the Pilsen Radio Orchestra toured first time abroad. The ensemble gave a concert with the Swiss conductor Antoine de Baviere in Nurnberg and in Italy. Two years later, the orchestra toured Italy again,  then in France and Spain. The third journey abroad took place in 1974, to several Italian towns and Austrian Innsbruck where the orchestra had a great success with its production of Stabat Mater by Antonín Dvořák and St Matthew Passion by JS Bach. The ensemble then waited for the next journey abroad for long ten years.

In September 1981, Vít Micka continued after Bohumír Liška and after November 1989, Jiří Malát became the new chief conductor who had been working with the orchestra as the substitute conductor for many years. Jiří Malát soon left Pilsen and the Russian conductor Vladimír Norets replaced him under a year-long contract. In April 1993 the Czech Radio Orchestra was dismissed. Thanks to a handful of Pilsen Radio Orchestra members who prevented the fall of the body, the orchestra struggled through with a new conductor, the young Alexander Apolín, as a limited liability company. Since January 1996, the orchestra was written down under the state-funded institution Esprit, under the extended name of the Pilsen Radio Orchestra-Symphony Orchestra of the City of Pilsen.

The last change in the name and way of financing took place in the early 1998. As a Public Service Company, Pilsen Radio Orchestra is nowadays called the Pilsen Philharmonic.