Chuhei Iwasaki is a Czech conductor from Japan. He was born by the Fish Market of Tsukiji in Tokyo in 1987. From his childhood he devoted himself to playing the violin. From 2003 until 2006 he studied at the Toho Gakuen Conservatory in Tokyo, then at the Prague Conservatory, along with composition and conducting (2007-2013). He has been conducting actively since 2012, he also studied conducting at the Academy of Performing Arts in Prague. He has been teaching at the Prague Conservatory since 2014 (a conductor of a string orchestra) .

As a theatre conductor,  he currently conducts at the J.K. Tyl Theatre in Pilsen and at the Karlin Musical Theatre in Prague. He has been also a conductor of the Silesian Theatre Opava.

Chuhei Iwasaki has become the principal conductor of Pilsen Philharmonic since September 2021. 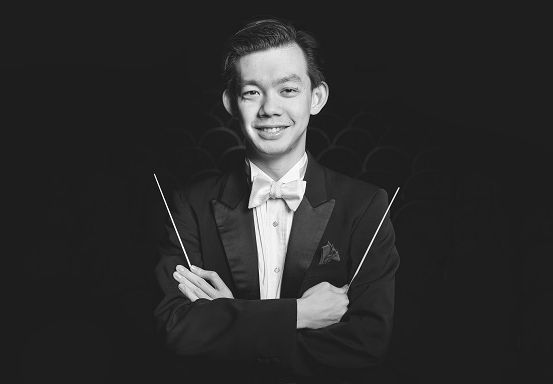