Tomáš Brauner is one of the most sought-after conductors of his generation. Since 2013 he has been at the post of Principal Conductor of the Pilsen Philharmonic Orchestra, with which he won the Classic Prague Awards 2017 in the category the Record of the Year for the Complete Works for Cello and Orchestra by Bohuslav Martinů, released by Dabringhaus und Grimm. In 2017 he was awarded the Art Prize of the City of Pilsen for an extraordinary artistic achievement for artists over 30 years old, for his newly studied performance of Oratorio Stabat Mater by Dvořák, with the Pilsen Philharmonic Orchestra and the Brno Philharmonic Orchestra. Since 2014 he has been the Principal Guest Conductor of the Czech Radio Symphony Orchestra in Prague. 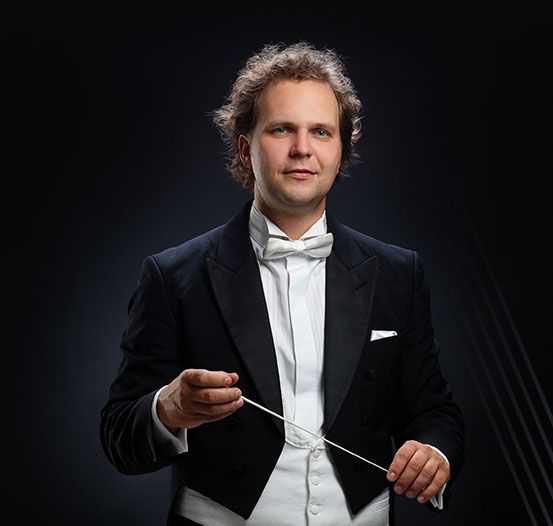 At the National Moravian-Silesian Theater in Ostrava, he has newly studied and conducted Nabucco and Ernani by Verdi, Romeo and Juliet by Gounod, Mary Stuart by G. Donizetti, Hamlet by Ambroise Thomas, Katya Kabanová by Janáček and others. In the Palacio de Bellas Artes in Mexico City he conducted the opera Jenůfa by Leoš Janáček. From the ballet productions he has introduced Swan Lake by Tchaikovsky, The Sleeping Beauty and Notre-Dame de Paris by Jean-Michel Jarré or Giselle by A.CH. Adam.

He is also invited to major international festivals. At the Richard Strauss Festival in Garmisch Parten-Kirchen he was invited, together with the Czech Radio Symphony Orchestra, to the opening concert for Richard Strauss's 150th anniversary. He performed the Richard Strauss Alpine Symphony there. He has also attended festivals in Bad Kissingen, Prague Spring, Smetana's Litomyšl Memorial, MHC Český Krumlov etc.

In 2007 he began his artistic career as an opera conductor in the J. K. Tyl Theater in Pilsen where he introduced and conducted a large number of opera titles including La Giocond by Ponchielli, Don Giovanni by Mozart, The Maid of Orleans by Tchaikovsky, The Jakobin by Dvořák, Turandot by Puccini, Adrian Lecouvreur by Francesca Cilea and others.

In 2008 he debuted at the Prague State Opera with Othello by Verdi. Since then he has conducted Don Quijot by Massenet, The Barber of Seville by Rossini, La Bohéme and Tosca by Puccini, Nabucco by Verdi, The Magic Flute by Mozart, Carmen by Bizet and the concert performance Mignon by Ambrois Thomas. In 2010 he became the laureate of the International Dimitris Mitropoulos Conducting Competition in Athens.